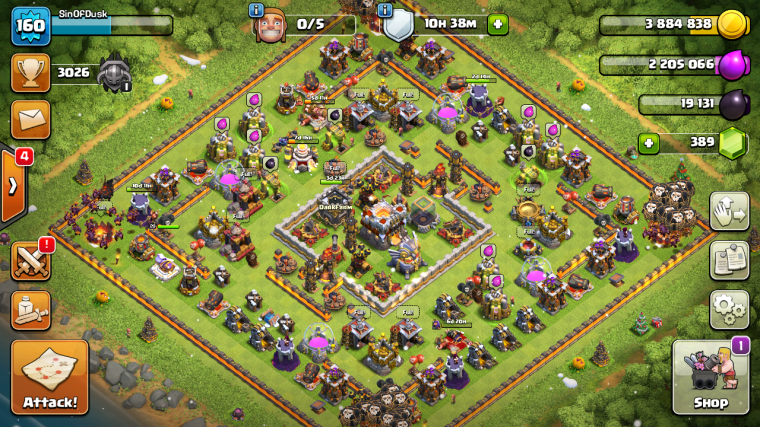 All 5 builders busy now, expecting to finish all defenses within the next 3 weeks. Notice something? AQ is upgrading again. 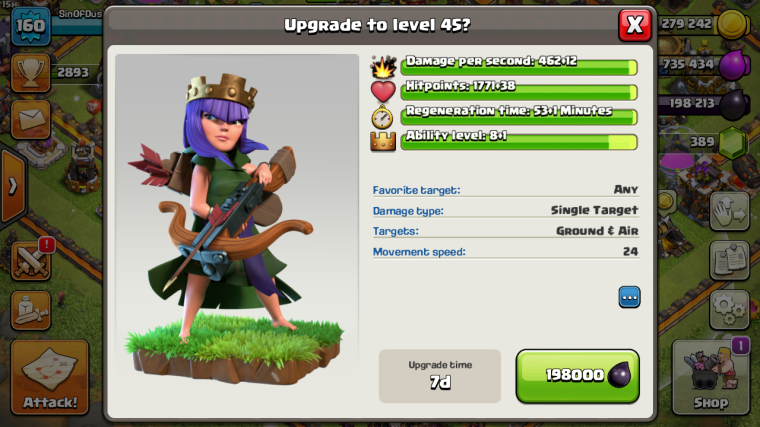 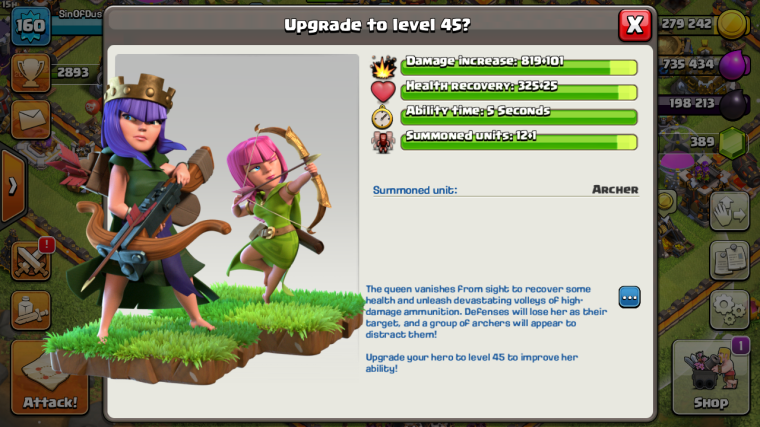 Well, she’ll be max in another 7 days 🙂 The grinding will pay off then. Most people haven’t even have lvl42 AQ and I already will have maxed AQ. Due to my immense farming (and gemming time), I’m able to complete it much faster than others.

BK also on his way to lvl42. This is the difference I’m noticing when people claim they’re farming faster in Titans, they don’t have their BK upgrading so that’s why it seems like they can complete their AQ faster. I will not gem time off BK anymore so he’ll need another 4 weeks to max.

This is the sort of DE I’m pulling every raid. Doing like this, it is really easy to farm up 100k DE per day. Farming in titans cannot compare because Titans rarely have players who have storage + collector loot. This means that raids in Titans can only get 4k from the target and 2.5k from bonus. The problem is that you cannot raid in Titans with a dead warden like me. I don’t need to bring warden into every raid, and he won’t die, because enemies are much weaker in Masters