Upgraded 3 lvl12 walls today (12mil total resources) As some of you might know, I really hate losing attacks and the loon nerf really hit me hard. There’s no point […]

As some of you might know, I really hate losing attacks and the loon nerf really hit me hard. There’s no point in attacking just to get 200k/200k if I’m using a 30min army which costs 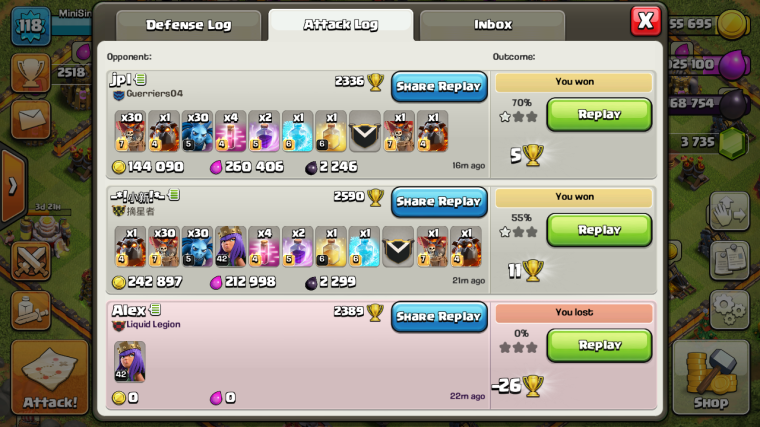 With that, I went for boosted barch 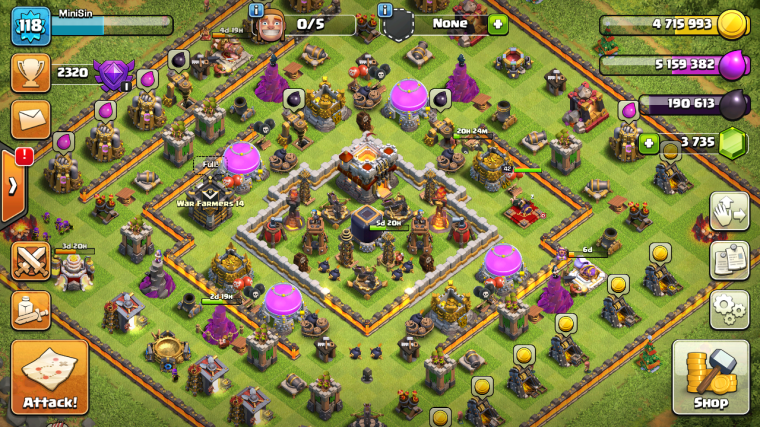 Just one hour, and I’ve earned 2.7mil/2.1mil/22k loot. Not too shabby, though could have been much better. At least it alleviated some rage I got from back to back laloon fails.

Unfortunately, this game does not reward strong armies enough. Simple barch can get 400k easily yet I have to work hard just to get the same 400-500k using an army which costs 3 times more? Its really not about the time, cost or anything that bugs me, its the failure that really kills my joy of using these strong armies.

Why use a strong army when it has a chance of failure? Ironically, the weakest army in the game does not ever fail. So that’s why I always stick to it.

Btw, upgraded a SAM just to get a free builder tomorrow. Going to upgrade AQ next 🙂