Upgraded my last AD to lvl6, no real reason to do that though. I’m just avoiding longer upgrade times so that I can dump loot every few days, this gives […]

Upgraded my last AD to lvl6, no real reason to do that though. I’m just avoiding longer upgrade times so that I can dump loot every few days, this gives me motivation to farm DE for BK. After BK is maxed though, I won’t bother doing this anymore. 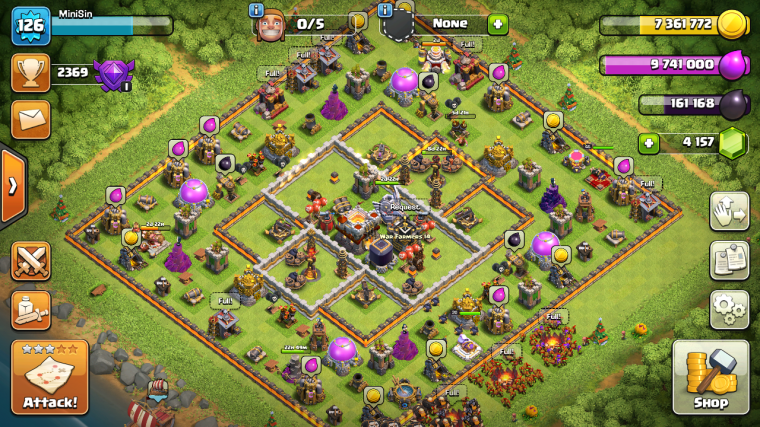 I think I will choose a topic from the forums everyday or whenever there is something interesting/appropriate and try to cover the topic. There will be repetitions because there are only limited topics per day, and forumers tend to discuss the same things over and over again.

But I’m not sure to include it into my journals or make separate posts everyday, suggestions?

The main thing is, TH10 should never be able to 2 star a TH11 without being maxed and exceedingly lucky. What is the point of upgrading TH if the lower TH level can get the same results as you? A TH10 could 2 star a TH11, a TH11 also usually goes for the 2 star as getting 3 stars from another TH11 is very difficult.

This is why it is different for lower TH levels, a TH8 can 2 star a TH9 but a TH9 can 3 star another TH9 making that TH8 attack almost useless except for a scout. This should not be the case when we are dealing with TH9 vs TH10 and TH10 vs TH11.

Even worse, a TH9 can easily 1 star a TH11 for trophies and allow them to push very high into undeserving leagues. This should never be the case and one of the things I like about the BB, that a low level cannot and does not deserve to be placed into high leagues.

As for TH11 balance, 3 stars were never meant to be balanced. Imo, the meta should revolve around 2 stars, making it hard for the normal player yet manageable for the experienced. This is why I think they should change the system so that it takes 70% instead of 50% to get the star.

This would make 2 stars the goal for every player and distinguishes good players and poor players. It also makes it that a lower TH level can almost never achieve the second star against a higher TH level.