I dropped my main down to M1-2 last weekend because I wanted to knock on some walls and want to see how was loot like during a weekend and while TH11s just got a new update. And my jaw dropped at the amount of loot I gotten.

From there, I dropped my main account to M1 and switched over to barch. Within a day, I started 2 more upgrades and had 9 walls done whereas my T3 account barely started the 4th (and last) upgrade and had 6 walls done in the same timeframe.

Attack logs: (taken at different times of the day) 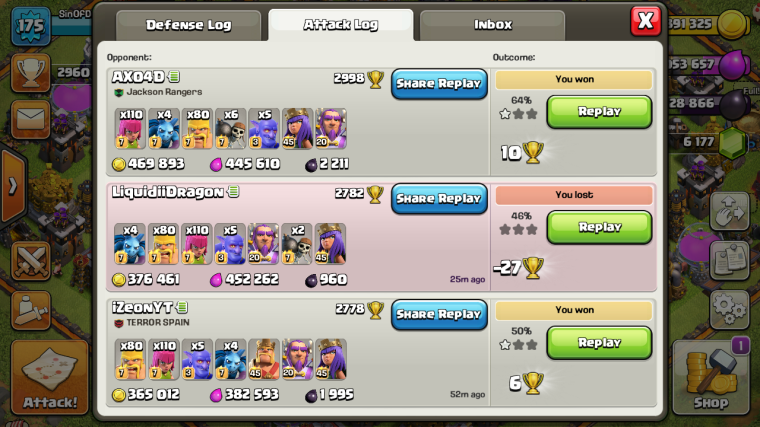 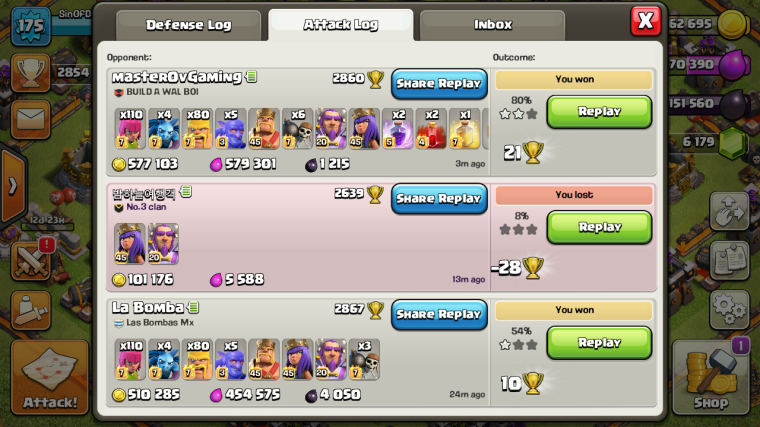 All of these are simple raids, just to earn some easy loot. Take note the time between attacks, I can do 3-5 raids in Masters to 1 raid in titans. So even if the Titan’s attack log look like this: 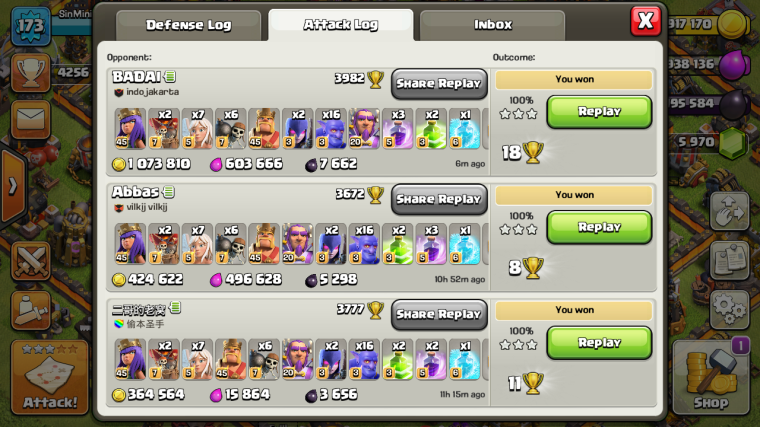 Believe it or not, my main account in Masters is getting more loot per hour even if all my alt raids look like the top one. This is because I can only manage at most 2 raids per one hour whereas I can raid 4-5 times in the same timeframe. Looking at the logs on top, you can see that I can earn around 500k per raid easily (incl loot bonus).

And another good thing having maxed defenses in low leagues? 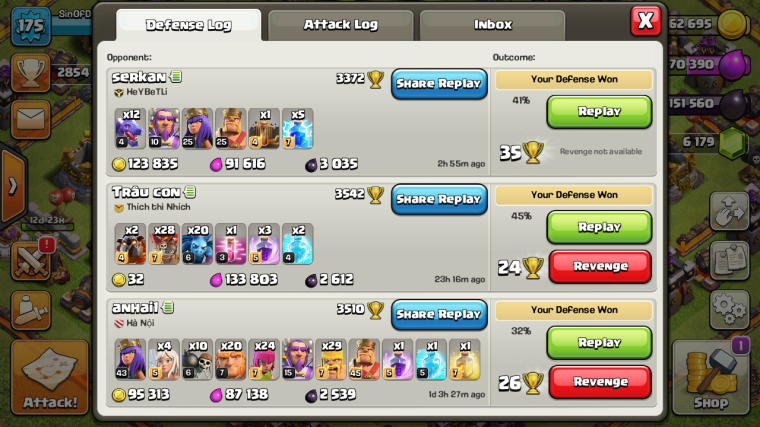 While my other account has to contest large amounts of losses, I’m able to save up lots of loot and prevent getting wrecked just by staying in low leagues. Right now is almost day 3 of being in Masters and I have not been attacked for more than 2 days now, only got trophy dropped.