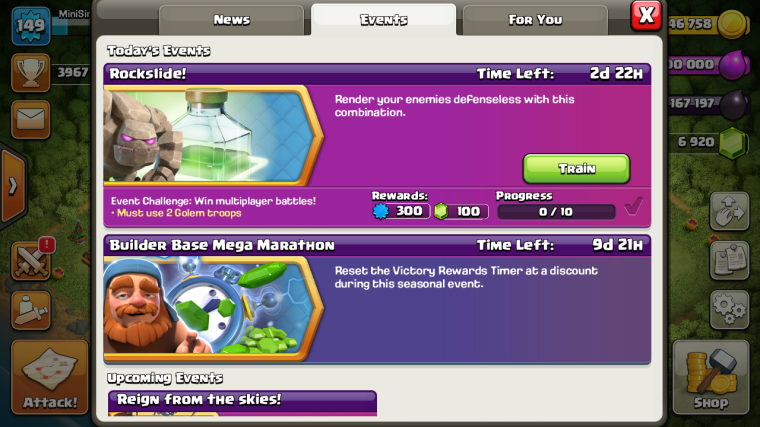 Anyhow, these are the 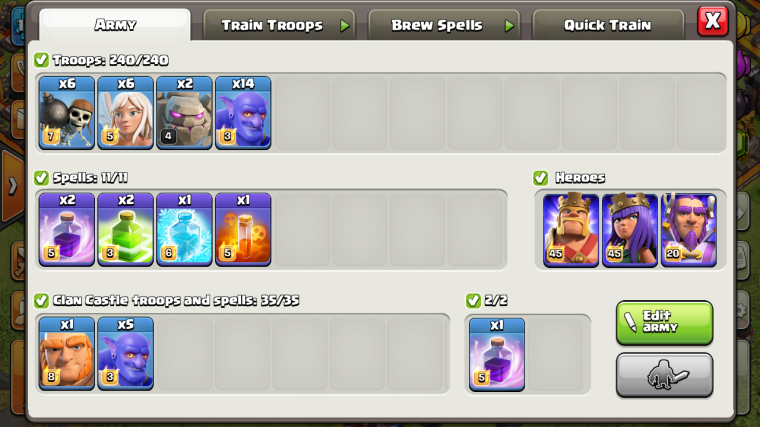 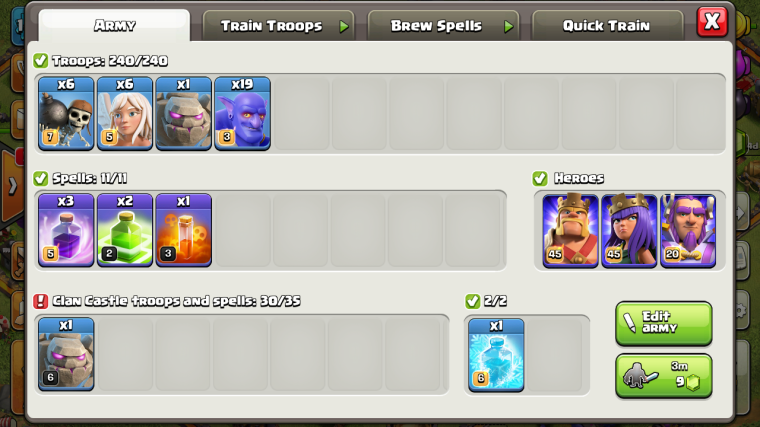 Fairly strong army, it will allow you to easily stay in champs and titans. QW one side of the base, golem + bowler + healer on the other side. Then funnel the 2nd golem, all your other bowlers and BK+GW down the centre. Should be an easy 2-3 stars on most bases.

Will try out other golem based armies as a TH11.

If you are still farming in lower leagues, then golems + barch would do perfectly fine. Do note that because you are using golems, your percentage will drop and it will be much harder to get 1 star on dead bases