Just look at my defenses now, I remember maxing heroes a few months back with basically TH8-9 defenses but now my defenses have caught up quite a bit with various […]

Just look at my defenses now, I remember maxing heroes a few months back with basically TH8-9 defenses but now my defenses have caught up quite a bit with various maxed TH11 defenses. The strange thing? My defense log has not changed since then and I doubt that I will protect more loot just by upgrading defenses more. I can easily crush mid-maxed TH11s here in high Masters/Titans, so why bother upgrading defenses? Even against weak defenses, fail funnel = fail raid; whereas against strong bases, successful funnel = successful raid.

Anyhow, I started my 2nd bomb tower to lvl3 two days ago so I will probably max out my bomb towers quickly and easily this way. I also started my first WT to max, I might max all of them out in 2 months’ time.

The problem with defenses is the same as most offense troop, their scaling is way off and far too low. There is little incentive to improve defense because their gains are so minuscule just like troops and heroes. This is why TH9s can still easily gain 1 star from maxed TH11s and why TH10s have no trouble getting the same score as a maxed TH11 (TH10s and maxed TH11s can get 2 stars from a maxed TH11 easily). They need to really take a good look at the troops and defenses, give massive buffs to every single thing so that each upgrade is significant.

Here are some starting points: (all the numbers listed are dps)

Air defenses also need a hp buff so that TH9s cannot zapquake it and TH10 need maxed zapquake to break a maxed AD.

Of course offense would be buffed up the same magnitude as well, I’m talking about 20-40% buffs across the board for TH11. This would make it so that, each upgrade, whether offense or defense would feel impactful and provide meaningful progression. Right now, it is very embarrassing that a TH11 still requires maxed heroes and troops to have a chance at 3 starring a maxed TH10.

Anyone wonders why the 3 star rate at TH10 is so low? Because even maxed TH11s with maxed heroes, maxed troops and offense cannot reliably 3 star a TH10, so how would a TH10 stand any chance at all? 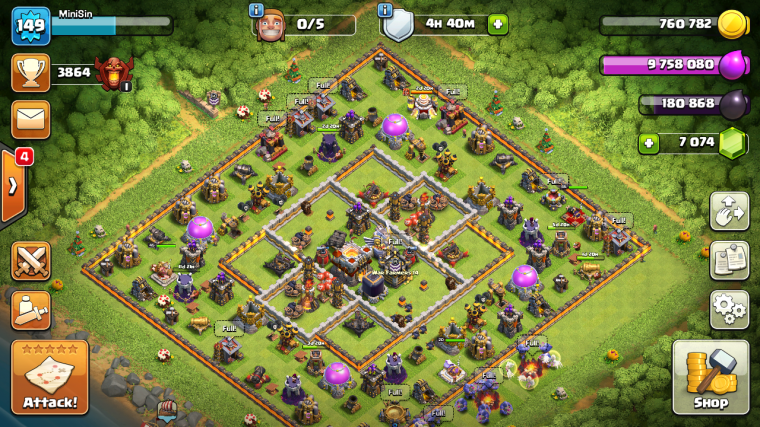