Just another day of casual farming, I’ll probably not dropping this account for the update and will continue farming using some laloon variant. This is because I will be casually […]

Just another day of casual farming, I’ll probably not dropping this account for the update and will continue farming using some laloon variant. This is because I will be casually farming for DE while continuing gold upgrades. I will probably focus much more on my main account instead (which will farm + gem time to complete heroes and walls asap)

Started the upgrade of 2 bomb towers to lvl4 these last 3 days. Not sure if mass miners will be dominant, but definitely need to work on these bomb towers before the inferno nerf. I will probably do a separate post on the inferno nerf because I have quite a few pictures of this post. 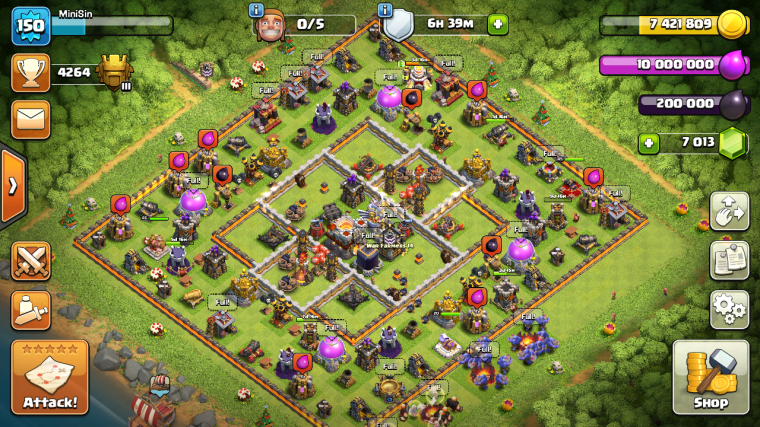 Done with the laloon event! 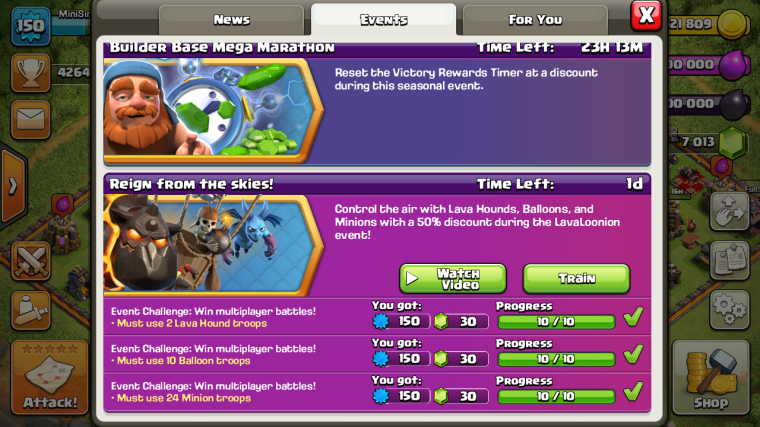 10 raids are a little too easy for a player like me. I would probably like a tiered system, so that you can choose to do 3,10 or 20 raids depending on your time and won’t miss out too much if you are busy.

Here’s the army comp I used: 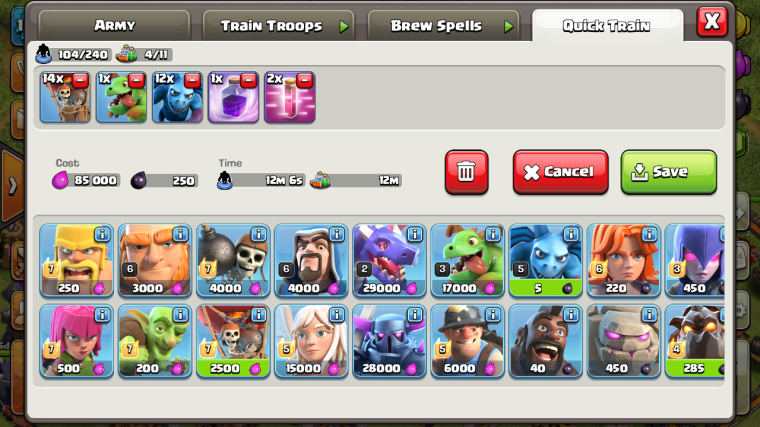 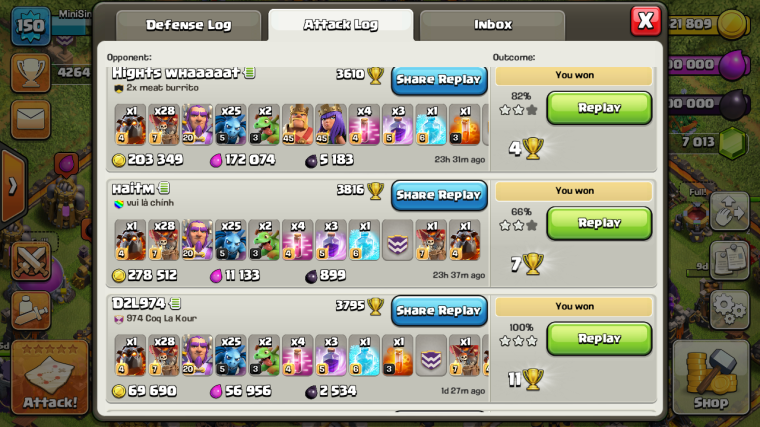 Build lava hound, click on the shortcut twice, then supplement the 25th minion + one rage/freeze spell. That’s how you get 1 hound, 28 loons and 25 minions with 4 hastes and 2/3 rage.

For general farming though, I prefer only 10 minions instead of 25 so you can bring 6 extra loons which is much more helpful. Some people choose the clone spell as well, but I find the extra haste/rage much more useful.

Well, at least freeze spell would be useless after the next update so luckily this account never upgraded it. And with the next update, I think I can skip on 2 hastes and one freeze to bring the extra clone spell for my attacks.