When life gets in the way, you tend to forget about other things. I’m busy packing for my next rotation in the rural town, and I went for a road trip last week which was really fun. That’s how 2 weeks flew by before I realised that I have forgotten to post my base.

Wall progress really slow now, not such what is slowing me down. I’m busy that I know, but I should’ve had some extra free time to upgrade walls. I had 69 walls left last time and here’s my progress today: 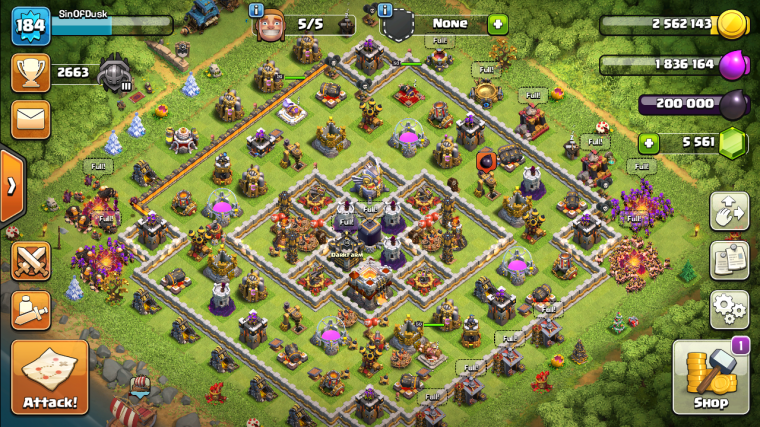 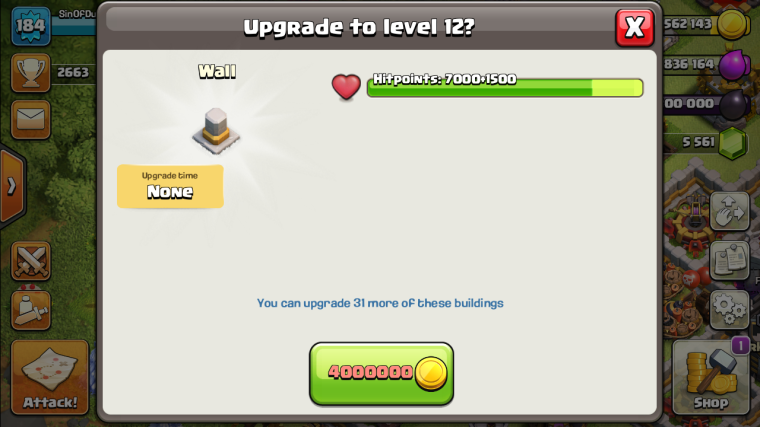 Only managed 38 walls in two weeks, which is pretty slow (<3 walls per day). I know I boosted less these past two weeks so that might be a contributing factor. I do know that I can still max out my walls in less than two weeks at this rate though, so I’m not too worried. This account is approaching maxed again and I should be able to spend more time on my second account afterwards.

My second account is farming really slowly in Titans though: 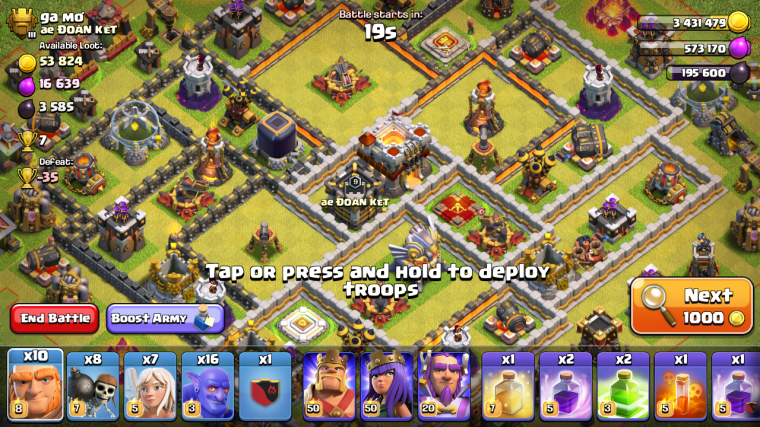 I really cannot justify how people farm in T1/legends, loot is piss poor and the bonus doesn’t make up for it at all. In masters, I can raid 500k+100k using bowlers and raid twice because my heroes don’t die. Whereas the above is one hour of hero regen time and I’m making far less loot compared to masters. Most raids fall within 100-300k loot only which doesn’t make sense if you are trying to farm loot and be efficient. 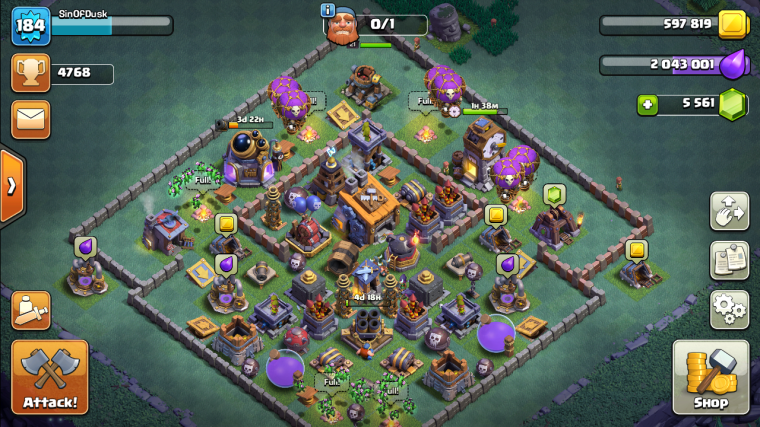 Base doing well despite not having barbs/cannon. Unlike BH7 in the past, I wasn’t able to forecast which troops might end up being the strongest. Therefore I didn’t prioritise cannons earlier on and wasted time on baby drags and witches which turned out to be absolutely garbage in both BH7 and BH8.

Despite that, I’m above to stay above 4600 so loot is still decent. The base I have probably sucks though, I’m getting three starred a ton, but every other base that I have tried fares no better. I’m still pretty upset that I don’t have cannons 😦