These are the people who hit me the past 2 days: 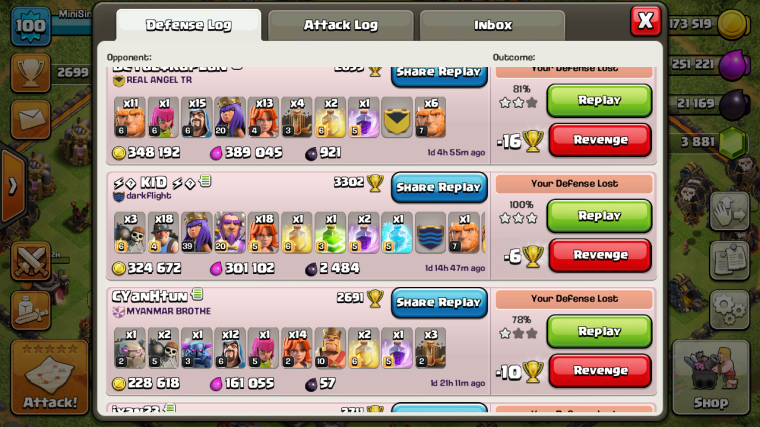 Despite having such rushed defenses, I barely lost anything to attackers. These armies aren’t really joke armies, they are a full war army with a complement of spells. Yet I was only 3 starred once, with a TH11 who has a maxed warden.

Who says a rusher is always wrecked?